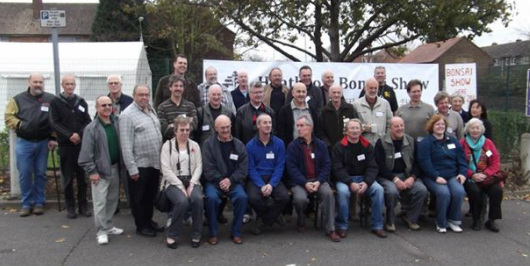 The 2nd Heathrow Bonsai Show took place on Sunday 6th November 2011 at The Barn, High Street, Harlington, Middlesex. 1000-1600.hrsAfter last years success, and taking onboard comments from exhibitors, we expanded the show outside into three tents.

Even though we had no sunshine, luckily the wind and rain stayed away, and in fact most peoples comments about the outside displays were favourable. 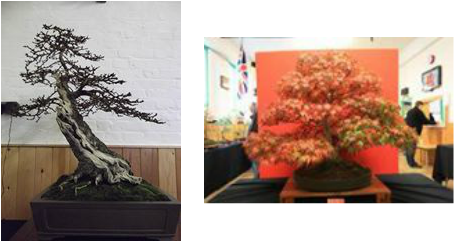 There where 67 trees on display of all standards from the six clubs participating Berkshire, Chiltern, Middlesex, Surrey Heath,  Swindon & Wessex Bonsai Clubs respectively as usual there was no competition, 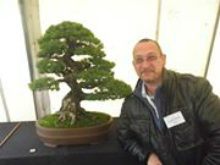 but visitors to the show were able to vote for Best Tree Of Show, which went to Paul Finch’s fantastic White Pine.

Federation Of British Bonsai were represented by Ray Ward and special thanks as always to Reg Bolton for his support in always.

The demonstration tent was packed all day, with Kevin Willson showing off his great skills. 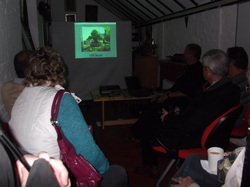 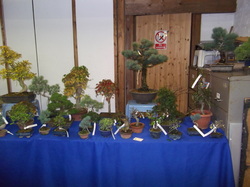 Many Many thanks to all the clubs and individuals that supported the show, a fantastic turn out and a great friendly mix of people on the day.

Thanks to Swindon & District Bonsai Society for the report of our show
http://swindon-bonsai.co.uk/2011/11/06/heathrow-bonsai-show/